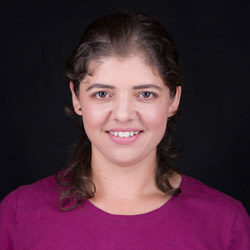 May 22, 2021
Editor's Picks
Business Valuation: Pre-money vs Post-money
How Much Does a Pitch Deck Design Cost?
But...really, what is AOL?
The full Slidebean Financials [real data]
subscribe to Our blog
You're in!
Oops! Something went wrong while submitting the form.

What are we talking about when we speak of entrepreneurship, really? And is this one of those questions to which everyone can give a different definitive answer? We’re digging into the question of “What’s entrepreneurship?” over this article with yet another honest take at what entrepreneurship can mean for different people during Q2 of 2021.

History in the usage of the word

Let’s look back at etymology for a bit, shall we? Just to come at it from a different angle.

Looking at the word, the -eur ending of it hints something. And you guessed it! Entrepreneur as a term dates back to old French. Historically speaking it was used as a means to speak of undertaking. That’s how, if we go back to its root, the word's easily related (in our minds, most probably, even without knowing much about it) to the word enterprise.

Though that’s a French verb, it certainly means something different to us, English speakers, no?

Well, back in 1828, “entrepreneurs” as a word stood for a "manager or promoter of a theatrical production.” That’s what an etymology dictionary online will give you. However, a short 20+ years later, records already hint at the use of “entrepreneurship” as a synonym for "business manager."

And that’s literally what we have, lying under the compositional waters of what we understand by “entrepreneurship” today. That’s why the word gives you something along the lines of doing business, no?

When we speak of a business person, we’re not too far off from people who had to take action and find the funds to do something professionally in their lives. And that’s exactly what the term meant back then, in the early to mid-1800s.

Starting a business? Let us help you

A definition of entrepreneurship today

Today, we speak of entrepreneurs to refer to people who’re in business. These are business people who are creating and seeking to scale companies to generate profit. Yes, doing business is certainly tied to revenue.

To acknowledge world-altering innovations that have come (and still are coming) out of today’s cutting-edge entrepreneurs, we must add to that word the tone of how entrepreneurs focus on virtually solving people’s pains in innovative ways. These people are so highly-esteemed because over and over they keep shaping and re-setting trends in different industries, at the same time, worldwide.

How many entrepreneurs are there?

What if I told you there are about 582 million people around the globe creating and running their companies? The number is impressive.

And what about gender parity?

Why entrepreneurship is such a dreamy occupation

Now that you know more than the basics, let’s dive deeper into the myths and truths of entrepreneurship if we can call them that.

Many people dream of being an entrepreneur. And many try and fail miserably at it, judging by the “22.5% of small businesses [that] fail in the first year.” Looked at that way, that figure sounds high, no? What if we turned it around and said almost 80% of small businesses make it through their initial year? It might just be one of those glass half-full, half-empty types of equation.

The perks that come with setting up our own business don’t only lie in the chance of making it as a part of the “62% of US billionaires (who) are self-made.” It’s more the drive pulling about 25% of all entrepreneurs who, like most of us, simply dream of being their own boss.

And while not having to respond to anyone might sound like the only perk of running a company of one’s own, there’s the thrill of making important decisions on our products or offer and fighting to see revenue coming into our bank accounts.

Not every entrepreneur is the same

It must be said that entrepreneur styles vary as much as identities do among people. Entrepreneurship has had an evolution of its own, and so do entrepreneur types. With generations moving more towards online work for their own businesses, it’s clear we’re far from managing our new products or ideas like the French did about a century ago.

Silicon Valley can be full of different entrepreneurs trying innovative or more classical approaches to how they do business, for instance. And that can be the same if we drew conclusions as to the entrepreneur culture of diverse people around the globe. Think of India and entrepreneur styles there versus those in Asia versus the Americas and Europe. This can vary as does food after a few miles. But, one thing is for certain, entrepreneurs are always trying to make it in business.

And that takes us to a big part of being an entrepreneur, failure.

It’s hard to make it in business

So, being a successful entrepreneur means having the willpower to succeed in a challenging occupation.

The greatest entrepreneurs have failed, and some have done so repeatedly. There are tons of stories like these we could be telling right now to send this point across. Think of Elon Musk being let go from PayPal, yet coming up with Tesla, later, amongst other winning ventures. Or Bezos’ failed startups before he hit the one that’s made him one of the wealthiest people on this planet, literally.

So, either way, we could have supporting arguments as to why being an entrepreneur can be a dream come true and a person’s worst nightmare.

Help yourself with a like-minded community

That’s why we consider it important to keep in touch with individuals who think the way we do and envision with the same passion what they wish to see as a solution to different problems across diverse markets.

Reading up on what other entrepreneurs have shared, for instance, can be a great tool. As can be checking out guidance videos or opinions of the greatest minds in business. Whether it’s following a blog or even hiring specific consulting services, we know what it’s like to start your own company, go through accelerators, do diverse rounds of funding, and come out with a profitable business in the end. Being your own boss.

We hope this clear entrepreneurship for you. It does; doesn’t it?

As usual, if you need help in any way, we’re here to listen.

Talk with our experts

Angelica A.
Freelance and Remote Web Content Writer is the current hat under which Ang keeps on the global move. Writing blogs, website content and (especially) Facebook ads for diverse small businesses, entrepreneurs and international parties is part of the common work under Ang's belt. Otherwise, you'll see Ang riding a motorcycle on their vegan way out of theater rehearsal.
MORE ARTICLES
Business Valuation: Pre-money vs Post-money

Pre-Money vs. Post-Money business valuation is one of the weirdest terms you'll have to deal with as you navigate your fundraising. Both of these terms are important and used for different critical calculations your business needs to run.

Read More...
How to find investors for your startup: a cheat sheet

Too many founders I speak to are approaching finding investors the wrong way. As an entrepreneur, learning how to find investors for your startup is prboably going to be one of the most frustrating tasks you'll take on. It was for me, at least.